These Famous American Entrepreneurs Will Completely Inspire You

Did you know that it is the small, medium, and large business houses that create 75% of the jobs in the US? Well, this fact highlights the importance of entrepreneurs in an economy. So, we take a look at the contribution of some of the best business tycoons this nation has ever produced.

Home / Uncategorized / These Famous American Entrepreneurs Will Completely Inspire You 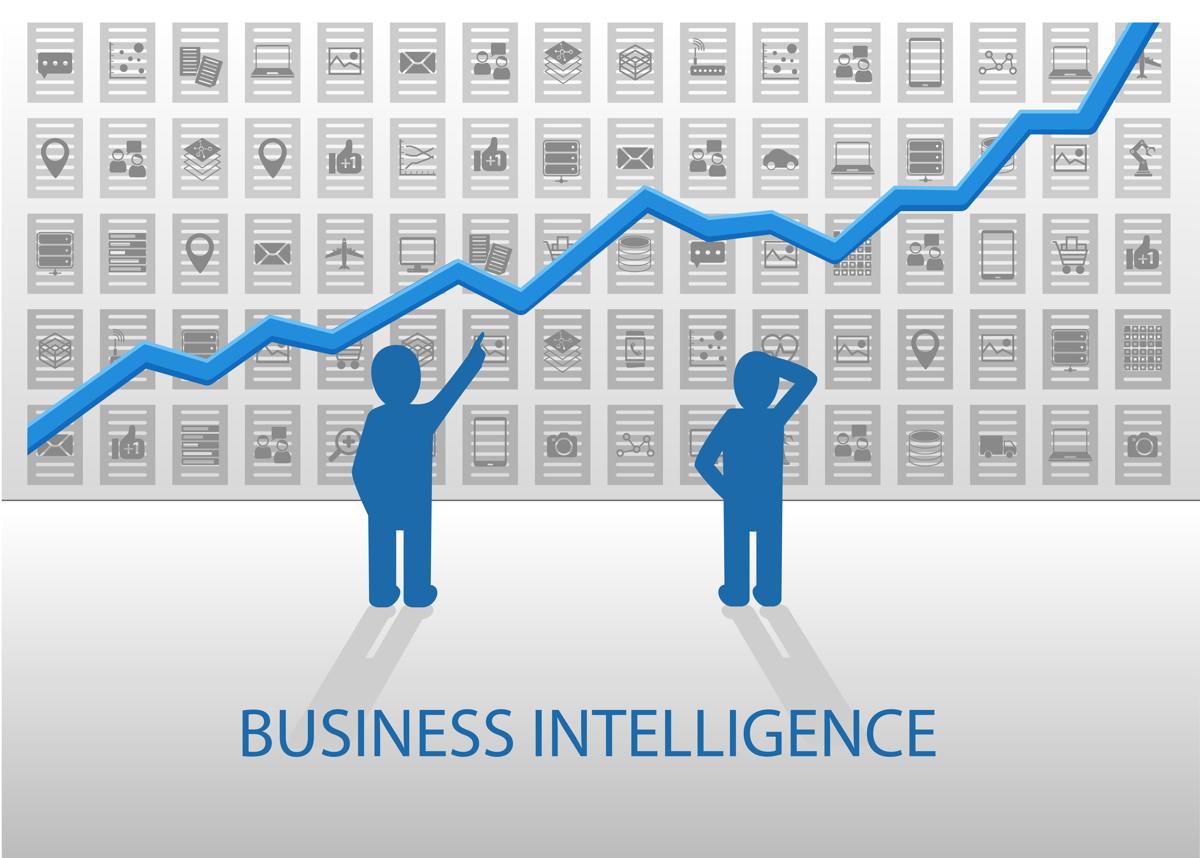 Did you know that it is the small, medium, and large business houses that create 75% of the jobs in the US? Well, this fact highlights the importance of entrepreneurs in an economy. So, we take a look at the contribution of some of the best business tycoons this nation has ever produced.

America is known as the land of entrepreneurship. There are many entrepreneurs in the diverse fields of automobiles, retail, software, and medicine, who have driven the US economy, right from the 1970s to date. During the era of industrial revolution, people started taking up entrepreneurship as a necessity, due to the lack of jobs, but as the economy developed, it was opportunity-based entrepreneurship, that came to the fore. In fact, during the time of recession in the US in 2008-09, there was a palpable increase in the number of people setting up their own businesses or becoming self-employed.

This perception was vindicated by a recent report of Ewing Marion Kauffman Foundation, which stated that, rather than making history for its deep recession and record unemployment, 2009 might instead be remembered as the year business startups reached their highest level in 14 years – even exceeding the number of startups during the peak 1999-2000 technology boom. Therefore, it is necessary to support entrepreneurial activities, as they contribute to the increase in the number of jobs, industrial competitiveness and overall output, which in turn increases the GDP (Gross Domestic Product) of a nation. It is the result of the contributions of various entrepreneurs that have made the US a global giant and a superpower. Hence, we throw some light on the lives of the best entrepreneurs who have exemplified the statement, The World is Here.

William Henry “Bill” Gates III is the co-founder of Microsoft Corporation – one of world’s largest personal-computer software company. He is currently the chairman of the company, and is the wealthiest American as of 2011. Bill was born in Seattle, Washington and he graduated from Lakeside School in 1973. Gates and his boyhood friend, Paul Allen, founded Microsoft in 1975, and with the success of MS-DOS, Microsoft became a major player in the software market. His net worth as of today values around $61 billion.

Donald John Trump is a popular business magnate, and a famous television personality. After taking over his father’s real estate business, he renamed it as the Trump Organization and also founded the Trump Entertainment Resorts. He owns many skyscrapers situated all over the US, like Trump International Hotel and Tower of Chicago. Apart from being a real estate developer, he also rose to popularity with his television reality show The Apprentice. In 2010, Trump had declared his interest in running for the 2012 Presidential elections. He is currently worth $7 billion.

Gordon Earle Moore was born in San Francisco, California. He is the co-founder of the famous semiconductor manufacturing company, Intel Corporation. He, along with Bob Noyce, co-founded the company in 1968. He is currently the Chairman Emeritus of Intel. He has received many awards for his contribution in the field of technology, the most notable ones being, The National Medal of Technology and The Presidential Medal of Freedom, which is the highest civilian honor in the US. His net worth as of 2011 is $4 billion.

Henry Ford remains in the hearts of all Americans, as one of the greatest ever businessmen to have revolutionized the manufacturing related to automobiles. He introduced innovative techniques like the assembly line, for large-scale production. Ford also ensured that the workers received high wages coupled with mass production of inexpensive goods. Henry Ford started the Henry Ford Company, which he eventually left, before starting the Ford Motor Company in 1903. As per the Forbes 2008 report, the net worth of the company is valued at $188 billion.

Lawrence “Larry” Page, who was born in Michigan, is best known to be the co-founder of Google Inc. He is a renowned computer scientist, who with Sergey Brin formed the company in 1998. He is also credited with Google’s search ranking algorithm, PageRank. He has recently taken over the role of the CEO by replacing Eric Schmidt, on April 4, 2011. Page has also been named as the 11th richest American by Forbes in 2011. He along with Brin own 16 percent of the company’s shares, and his net worth stands at $18.7 billion.

Mark Elliot Zuckerberg is a computer programmer and most famously the co-founder of the popular social networking site, Facebook. He is also the 2nd youngest self-made billionaire in the world. Mark co-founded Facebook in 2004 during his time at Harvard, where he was regarded as the prodigy of computer programming. In 2010, a movie named The Social Network was released that was based on the life of Zuckerberg and his pursuit towards the foundation of Facebook. His net worth can be valued at around $14.7 billion.

Martha Stewart is a famous business magnate, television personality, author and publisher. Her monthly magazine – Martha Stewart Living – publishes various kinds of domestic arts, which are also featured in her talk show Martha Stewart Living Show. The name of the show was later on changed to Martha in 2005. In July 2004, she was sentenced to serve a five-month term in a federal correctional facility as a result of a corporate fraud. She is currently the chairman of the company. Her net worth is $638 million.

Mary Kay Ash, who was born in Texas, was a successful businesswoman and founded the company Mary Kay Cosmetics, in the summer of 1963. Initially, she used to sell books door-to-door for her living, but quit the job, when the man she had trained earlier, was promoted instead of her. This instigated her to write a book that talked about assisting women in business, which later on inspired her to become an entrepreneur. She has also been honored as the leading female entrepreneur in American history. She passed away on November 22, 2001.

Oprah Winfrey is a well-known celebrity throughout the world, who rose to fame with the multiple-award winning talk show, The Oprah Winfrey Show, which later on became the highest-rated show of its kind in the history. Apart from being a celebrity, she is an astute businesswoman known to promote her skills in an apt way. She endured hardships during her childhood, and was also a victim of sexual abuse. Oprah is also praised for acting skills, when she was nominated for the Best Supporting Actress, for her role in the movie, The Color Purple. Her net worth is $2.7 billion.

Raymond Albert “Ray” Kroc, who was born in California, established the McDonald’s Corporation. Initially, the company was launched by Richard and Maurice McDonald in the form of a barbecue restaurant, in the year 1940. But with the arrival of Ray into the company as a franchise agent in 1955, who subsequently bought the chain from McDonald brothers, the company started spreading worldwide, and today there are more than 33,000 McDonald’s chains across the world. He died on January 14, 1984 due to heart failure.

Samuel Moore “Sam” Walton, is the founder of the world’s largest retailing store, Walmart. He founded it in 1962 and incorporated on October 31, 1969. His idea of forming a one-stop-shopping center, was inspired by a foreign store named Meijer. He emphasized on the concept of logistics and supply chain management, in order to compete with the foreign players and to provide the customers with goods at a cheaper rate. Walmart is currently the single largest private employer in the world with over 2 million employees. Sam died on April 5, 1992.

Stephen McConnell “Steve” Case is a renowned entrepreneur and the co-founder of AOL (America Online), which is a brand management company, dealing with the development, growth, and investment in brands. Case, after having graduated from Williams College in Massachusetts with a degree in political science, joined Procter & Gamble as an assistant brand manager. But his career took a new turn when he became the CEO of Quantum Computer Services, and subsequently changed the name to AOL. It introduced the concept of social media like chat rooms, instant messaging, etc. His net worth is around $1.5 billion.

Steven Paul “Steve” Jobs was a visionary and a legend, who was the co-founder of the largest technology company, Apple Inc. He brought back Apple to profitability from the jaws of bankruptcy in 1998 and pioneered several computer devices and consumer electronics that resulted in him being conferred with the title, Father of the Digital Revolution. His product line includes iMac, iPod, iTunes, iPad, and he also introduced unique services like iTunes store, and App store. Sadly, this genius passed away on October 5, 2011 due to pancreatic cancer. On December 21, 2011, world’s first bronze statue of Steve Jobs was unveiled in Budapest by Graphisoft company, which considered him as one of the greatest personalities of the modern age.

Walter Elias “Walt” Disney was a jewel in the field of entertainment. He was a voice actor, film producer, animator, entrepreneur and a director. He is well-known for creating the famous fictional characters such as Mickey Mouse, for which, he himself provided the voice. Walter has won 22 Academy awards and 59 nominations, making him the only individual in history to have touched this feat. Walter passed away on December 15, 1966, as a result of lung cancer. Today, The Walt Disney Company is regarded as one of the best motion picture producers in the world.

John Willard Marriott was the founder of Marriott Corporation, which comprises the largest hospitality chain in the world. It all started with a small root beer stand in Washington D.C. to a family restaurant chain in 1927. As far as his policies towards the employees are concerned, he was famously quoted as saying, You’ve got to make your employees happy. If the employees are happy, they are going to make the customers happy. Today, the company has more than 3,700 properties in 73 countries and territories around the world.

These were some of the most famous entrepreneurs to have taken birth in this land of opportunities. The fact that entrepreneurship has always driven the US economy, has prompted the top echelons of the government to implement the proposal of inculcating entrepreneurial ideas in the schools and colleges, in order to develop budding businessmen and businesswomen, who can keep this superpower alive and kicking!

14 Books Every Entrepreneur Must Read

8 Cities That Could Become the Next Silicon Valley

Any cookies that may not be particularly necessary for the website to function and is used specifically to collect user personal data via analytics, ads, other embedded contents are termed as non-necessary cookies. It is mandatory to procure user consent prior to running these cookies on your website.