10 of the Absolute Biggest Merger Failures of All Time

Mergers and acquisitions are prone to failures due to many internal and external factors. Two brands which are successful individually, do not necessarily create success when they join hands. The following are a few cases of awful acquisitions, that eventually turned out to be huge failures. 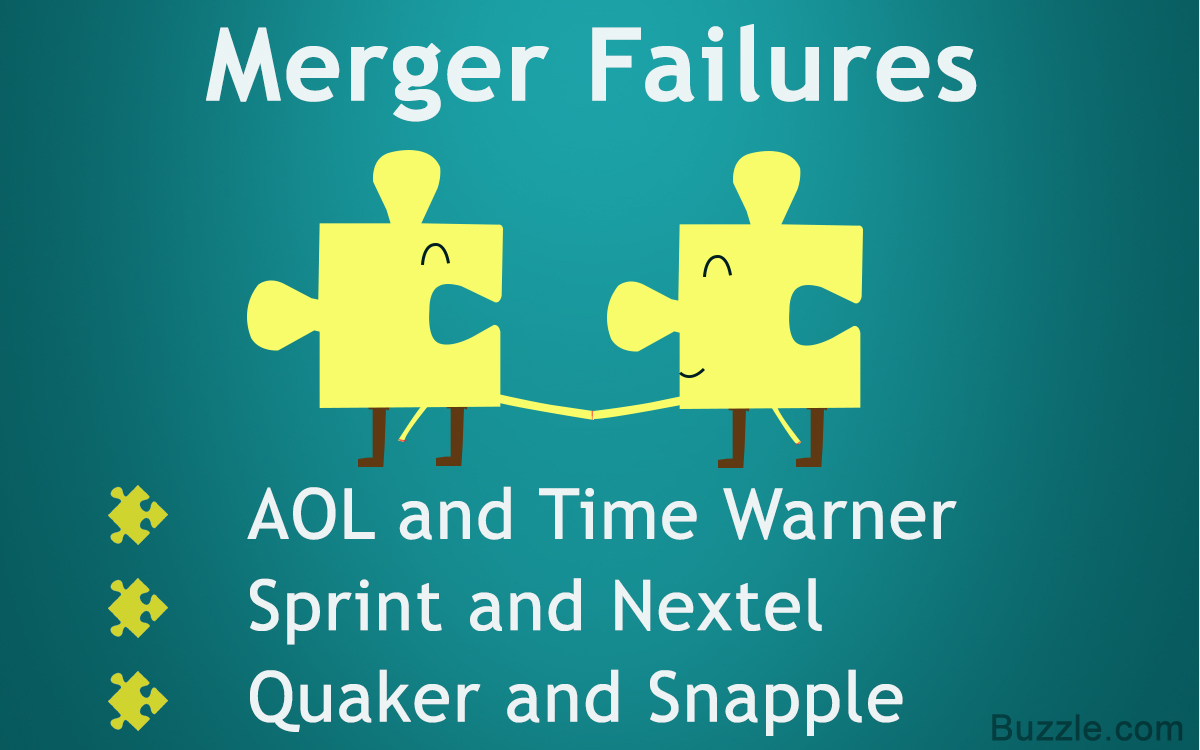 Mergers and acquisitions are prone to failures due to many internal and external factors. Two brands which are successful individually, do not necessarily create success when they join hands. The following are a few cases of awful acquisitions, that eventually turned out to be huge failures.

Failure Converted Into a Success Story

The merger of Quaker and Snapple was considered to be a disaster owing to an incorrect marketing strategy. When Quaker sold Snapple to Triarc Companies, they converted the struggling Snapple brand into a successful one by applying a good marketing strategy.

‘Mergers and Acquisitions’, inherently, have a failure percentage. Similar to a marriage, there can be many reasons why it can fail. Like a person, every company has its own distinct personality: its policies, work culture, marketing and advertising strategy, strengths and weaknesses, employees, etc.

It is not necessary, that after a merger, these factors blend harmoniously without creating any damage. However, if they blend beautifully, it can serve as a big success with dual benefits for the merged company. A bad merger can have disastrous effects: plummeted stock prices, loss of goodwill and brand value, etc. One wrong decision may lose the trust of the company’s investors in the management, hence, making future potential investors wary of investing.

Let’s check out some instances of merger failures, that have managed to be extremely disastrous for the companies involved.

Worst Mergers and Acquisitions of all Time 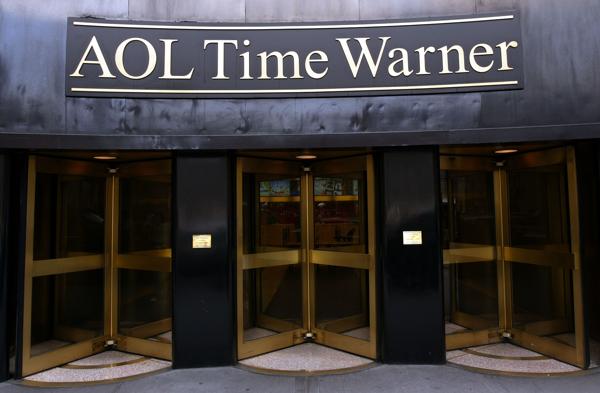 ✦ This USD 350 billion merger in 2000 is considered one of the worst in corporate history. The merger of these two media companies was actually expected to create impressive results.

✦ In 2002, when the merged company reported a whopping USD 99 billion loss, the whole world looked on with astonishment. The marriage had actually failed, and the two companies clearly could not gel with each other.

✦ The dotcom bubble and economic recession added to their woes. In 2009, the merger was dissolved, and AOL again was a free company. Sadly, the synergy could not result into benefits for the investors.

What to Learn?
A merger is dependent on external factors too. Timing, development of technology, and industry peculiarities are equally important.

✦ A disaster gone completely wrong, this is one of the classic cases of a failed marketing strategy.

✦ In 1993, Quaker bought Snapple for almost USD 1.7 billion. Quaker was backed by its success from the ‘Gatorade’ drink. When they took over Snapple, they employed a marketing strategy that could have worked good for big brands. Snapple, though popular, was a local brand, and people liked it in small bottles.

✦ On the other hand, Quaker introduced the new Snapple in bigger bottles, which failed miserably. Their Ads also did not feature Wendy Kaufman, popularly known as the Snapple Lady.

What to Learn?
A marketing strategy that works for one brand does not necessarily work for another.

✦ These two companies merged in 2005. However, they could not make it into a success story. They two retail chains had hoped that, as a team, they could give competition to retail giants like Wal-Mart.

✦ The merger did not yield the desired results, since both these retail outlets could not cater to customer needs as the competitors did. They were reporting losses, as against the competitors who were making good profits.

What to Learn?
This merger proves that, merely joining hands does not guarantee success. You’ve got to keep up to the mark, and grab the attention of customers with the correct marketing strategy.

✦ Sprint acquired its rival Nextel in 2005, for USD 35 billion, in the hope that their team will be able to combat the other strong rivals in the communications industry.

✦ Sadly, what failed is the culture of both the companies. The style and approach of both companies were way too different from each other, creating discomfort for the employees. That is the reason why many of them left the company.

What to Learn?
Sprint and Nextel had distinctly different cultures. Sprint had a traditional culture, and Nextel had a modern and impulsive decision-making culture. This implies that a cultural clash can have serious after-effects.

✦ These two competitors in the railroad industry joined hands in 1968, and formed a new company called ‘Penn Central’.

✦ However, after only two years, the merged company filed for bankruptcy. Two distinct cultures coupled by some restraints of this complex industry added to the woes of this company.

✦ The service provided by Penn Central was not up to the mark. Also, the management did not take enough efforts to improve the company’s financial position. On top of that, rising inflation made matters worse.

What to Learn?
Mismanagement and inflation made the company go towards doom. Monopoly cannot be created by mere mergers. To stay successful, it is necessary to understand the nuances of the industry, railroad being a regulated industry.

✦ eBay proposed to buy Skype for $2.6 billion in 2005, to increase its communication with its customers, and gain an added advantage over other online auction sites.

✦ However, the plan boomeranged, and eBay did not get the desired results. Also, customers preferred mails over voice conversations, hence, there was no need for it, per se, in the first place.

✦ After four years of the acquisition, eBay, realizing about the failure of this merger, decided to free Skype, and sold 65% of its stake for USD 1.90 billion to private investors.

What to Learn?
Know if your investments are going to be profitable, and whether it is beneficial for your product. It is necessary to understand the psychology of consumers of the concerned industry.

Bank of America and Countrywide

✦ However, four years down the line, the losses recorded on account of the acquisition measured up to almost USD 40 billion on account of legal settlements. Thus, Countrywide, a housing mortgage company, was one of the loss-making investments for Bank Of America. Instead of getting benefits, the bank had to take over its losses and financial obligations resulting from unethical practices. In short, the bank got itself into a mess, with no benefits whatsoever.

What to Learn?
Haste makes waste. Before acquiring any company, conduct a thorough investigation, and be informed of its financial status. In this case, the bank took over a liability which never belonged to it! 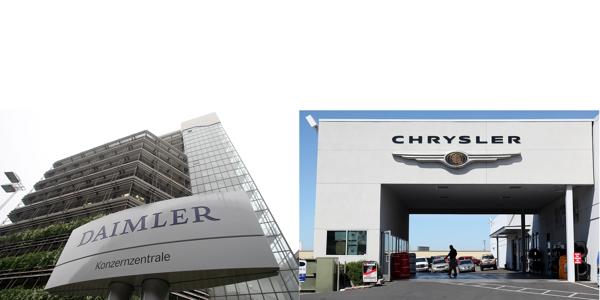 ✦ The German company was affluent and catered to the elite class. On the other hand, the American market had a completely different culture, which worked simply on competitive prices.

✦ The culture differences created a big disparity. Hence, working together was extremely difficult for the two brands. Coordination, trust, and teamwork was heavily lacking in this case. Clearly, the union failed miserably.

✦ In 2007, the German Company got rid of it by selling it to Cerberus Capital Management for USD 650 million.

What To Learn?
Opposites attract, but not always! When two companies are so diverse, right from language to culture, one needs to consider the implications beforehand.

Mattel and The Learning Company

✦ Mattel, a leading toy-making company acquired ‘The Learning Company’, an educational software company, in 1999 for almost USD 3.6 billion. The aim was to create interactive toys by infusing technology into regular toys.

✦ However, within a year of its acquisition, Mattel started blaming the acquired company for its growing losses. The share prices of Mattel went down, and there were many losses in jobs, as well as reduction in dividends.

What to Learn?
It is not necessary that two products together would be liked by consumers. If they’re huge hits individually, too much change might not be a welcome change. 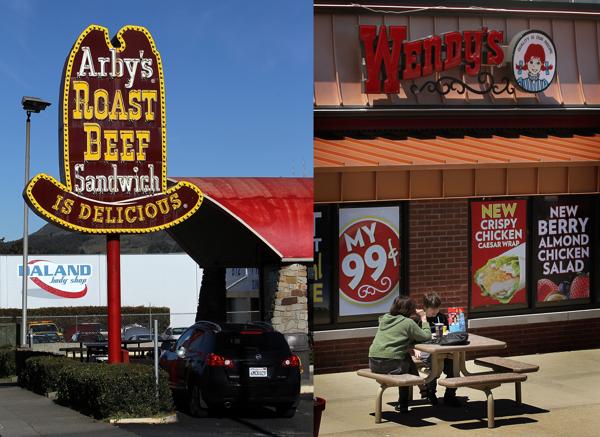 ✦ A combination of both fast-food joints meant combining burgers and roast beef. In 2008, both these companies merged for a deal approximating USD 2.3 billion.

✦ They hoped for expansion in a new venture. However, the recessionary period was not conducive for the growth of the merged company. Both the brands continued to run separately. However, Arby’s was still incurring losses.

✦ In 2011, however, Wendy’s decided to sell its Arby’s chain of restaurants to ‘Roark Capital Group’, a private equity firm.

What to Learn?
Combining two products does not guarantee success. Hence, sometimes, it is wise to concentrate on the growth and development of your own product, instead of venturing into something new.

There cannot be any foolproof way to make a merger/acquisition successful. However, it is necessary to consider all perspectives whether this union can bring about benefits. Management cannot predict the future, yet, a reasonable amount of prudence is required. An overoptimistic vision cannot be helpful at all. It is necessary to consider all the after-effects of the merger. Be it a friendly merger, or a hostile takeover, the future is uncertain. In some of the above cases, the dotcom bubble and the recessionary period had a pivotal role in making them unsuccessful. In some cases, there were internal factors such as difference in culture of the companies or wrong strategy to run the new brand that resulted into the brand going boom. Well, corporate mergers are as dicey and uncertain like marriages. You can never guarantee a ‘happy ever after’ story.