The Principal Advantages and Disadvantages of Oligopoly

When the market is dominated by a few suppliers, it is termed as oligopoly. It can be observed in the television industry of the United States, where the market is governed by a handful of market players. The advantages and disadvantages of this market form can be clearly demarcated.

Home / Uncategorized / The Principal Advantages and Disadvantages of Oligopoly 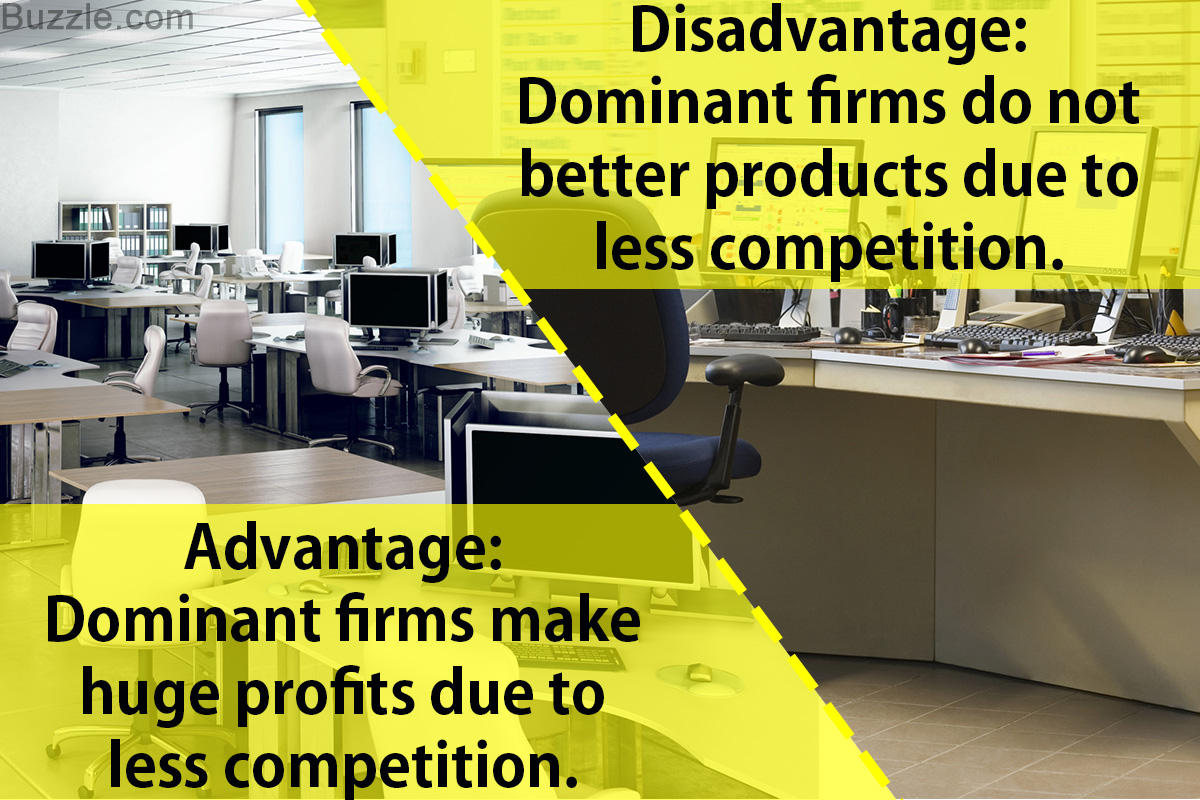 When the market is dominated by a few suppliers, it is termed as oligopoly. It can be observed in the television industry of the United States, where the market is governed by a handful of market players. The advantages and disadvantages of this market form can be clearly demarcated.

Oligopoly market form exists in the television and media industry, healthcare insurance industry, and cellular phone service industry of the United Sates. This is because each of these industries has a handful of suppliers which share the market. For example, around 89% market of the cellular phone service industry is governed by four service providers namely, “T-Mobile”, “Nextel”, “Verizon Wireless”, and “AT&T”. Rest 11% is shared between other small-sized service providers. Before getting into the advantages and disadvantages, let us first understand what an oligopolistic market means.

~ Oligopoly market structure involves few suppliers or firms which are relatively large in size as compared to other firms in the industry, thereby developing substantial market control.
~ Due to this market control, these firms have the ability to influence the entire market. Dominating market players are able to create barriers of entry for new entrants, thereby making it difficult for them to get into the business.
~ Even though the dominating players are quite a few in an oligopolistic market, they do not have the freedom to make their own decisions.
~ A firm needs to take into consideration the reaction of other major players in the market. Suppose, if a firm decides to reduce its product’s price to increase its market share, it is quite possible that other major players will also reduce their price, thereby hampering the strategy of the previous firm.
~ Therefore, firms are interdependent on each other. Decisions made by one firm are affected by the response of other players. A firm’s success lies in its hands as well as its competitors.

Large firms having strong hold over the market are able to make huge profits as there are few players in the market.

In oligopoly, many times, products of two different competitive companies are derived out of one large firm. Therefore, whichever company makes the profit, it finally ends up as a profit of the parent firm.

Since companies in an oligopolistic market have full control over it, they are capable of deciding prices as per their choice. Though this practice is illegal, it works in favor of these businesses.

Dominant market players usually make long-term profits in an oligopolistic environment. This is possible because the market does not allow an old business to increase its share. It also prevents new players from entering the market through several barriers of entry.

High profits generated by the companies can be used for innovation and development of new products and processes.

Oligopoly helps in lowering the average cost of production of goods, as firms producing similar goods can manufacture products in collaboration with each other.

For customers, oligopoly is advantageous because they can easily make price comparisons among the few players existing in the market.

Easy price comparison forces companies to set their prices competitively which is a positive point for customers.

Stable prices in the market helps customers plan and stabilize their expenditure, which in turn may lead to stabilization of trade cycle.

Setting of prices may be advantageous for the firms, but if done unrealistically, it may prove to be a great disadvantage for consumers.

Creative ideas or plans of small businesses in the oligopolistic market fail to realize because they cannot overcome the control of major market players. Their realization is only possible when one of the major player adopts it for use.

Small businesses in an oligopolistic market fail to establish themselves as a brand because most of the market is captured by larger firms.

With the presence of little competition, dominant companies may not think of improving their products.

Firms cannot take independent decisions and always have to consider the views of other dominant players in the market.

New firms cannot enter the market easily due to various barriers of entry.

The micro-economic goal of fair wealth distribution is not fulfilled as maximum profit is made by major players only, and small players are left with little profits.

Oligopolistic markets leave customers with less choice. However, if the industry is regulated by the government, consumers can rest assured that prices will be affordable so as to suit a common man’s pocket. Oligopoly exists in many businesses. If used rationally, it can be advantageous for the customers as well as the businesses involved in it.