7 Major Types of Entrepreneurs and How They Actually Work 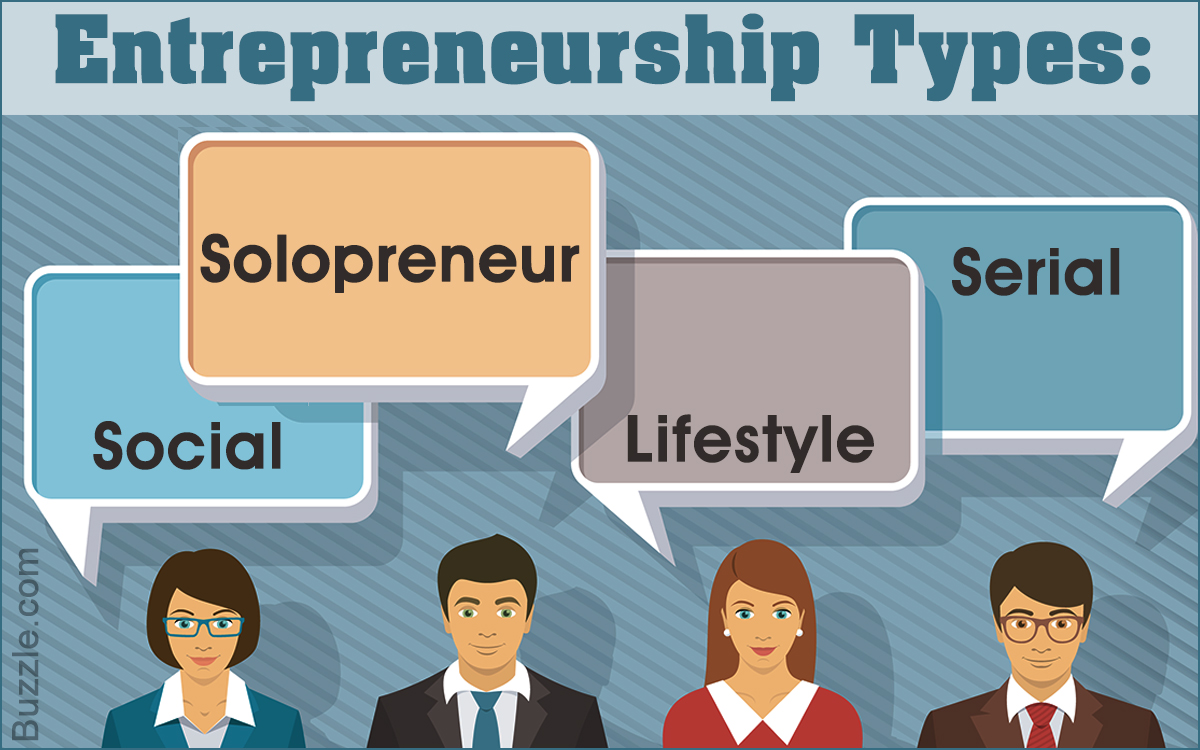 Whether you own a restaurant, a clothing store, or run a non-profit organization you are an entrepreneur. People like Steve Jobs, J. P. Morgan, Bill Gates, COCO Chanel, Oprah Winfrey, etc are all famous entrepreneurs. But who is an entrepreneur? “A person who organizes and manages a business undertaking, assuming the risk for the sake of the profit” is a standard definition of an entrepreneur.

An entrepreneur can be any individual who has the right idea, he/she can be of any age. He has the mental and financial ability to create a business from that idea to serve as many products and services as he can to people who need it. All entrepreneurs basically have characteristics such as creativity, commitment, and mental strength to achieve what they want. They are visionaries and often see a golden opportunity which others fail to see. They utilize this opportunity in their favor, which often means taking risk in areas where other people prefer to tread safe. They create wealth not just for themselves but also for others. Some say entrepreneurs are born, but actually they are made.

Now, let’s look into the types of entrepreneurs in detail.

The primary goal of such individuals is to build a business empire to provide solutions to various social problems. They measure success by checking the impact they left on the society. Highly passionate in nature, they are also known as non-profit or philanthropist entrepreneurs. Non-profit organizations, governments, and non-governmental organization provide funds to such entrepreneurs.

Solopreneurs are individuals who start up their own enterprise alone,take care of the daily activities, and are known to manage the tasks related to the entire business themselves. This type is possible due to the advent of Internet, VOIP, email, etc. They have the ability to perform several tasks with ease, they also have the option of outsourcing any particular department in their business to freelancers.

Making a lot of money is not their sole objective, but to enhance their personal goals further more. They pursue one of their hobby which helps them to generate cash or they try to build a business around one of their interests. They hire very few employees and the growth perspective of the business is quite low as compared to other enterprises. They don’t expect to earn six figures a year, rather they pursue what makes them happy and interested.

The main aim is to continue what they love doing and simultaneously support their family as well. Such a business allows them to work according to their timings, they have the freedom to take as many holidays as they want. Such a lifestyle you can only associate with millionaires. But you actually don’t need a million dollars to live such a life.

For them it’s a cycle, they generally develop some models, set up businesses, exit the market. Or they place the company in the hands of successor by holding some kind of investment. They start the whole process again and look for groups who are ready to take care of its developed enterprise. They conceptualize and create business models which he/she sells it to investors, shareholders, or probably some other enterprise.

They take up high amount of risk, are great at handling stress, and don’t mind facing failures. They have the ability to recover from both personal and economic failures.

They invest their money in ventures, but sometimes they also offer technical and managerial expertise along with the cash. Though it sounds easy but most of the venture capitalists are very selective when it comes to investing in any particular organization. Venture capital firms also exist along with individual angels and venture capitalists.

They are usually self-employed, either they are working alone, or it’s a group of few employees working together. So it’s a close sort of entrepreneurship, they don’t require a separate office. They operate via their home or maybe a home office. Flexibility and liberty are the two things which such entrepreneurs crave. They work at their own pace, juggling their private life as well as office life under one roof.

They are individuals whose utmost desire is to change the world. They possess the ability to visualize how they can bring about this change? Simple put – having vision is just like daydreaming, but an entrepreneur requires various skills and strengths to make his/her dream a reality. Such entrepreneurs go about manifesting their visions to reality by not only earning money for their company, but by also satisfying the market needs.

The main goal of this entrepreneur is to access the largest available market with the intention of earning sky high profits. Such people’s name can be found in the Forbes list of wealthiest people. They don’t deal with small money, they deal with huge amount of money and are responsible for tens of thousands of people’s livelihood.

On a concluding note, being an entrepreneur is not an easy task at all, especially if you are responsible for the capital and daily operation. Sometimes they act as managers whilst other days they guide and motivate their employees.