Every company, big or small, has sprung up from what once had been a startup. While many continue to remain fairly small, many others grow to become some of the richest companies in the world. This BusinessZeal post enlists the top 20 richest enterprise startups. 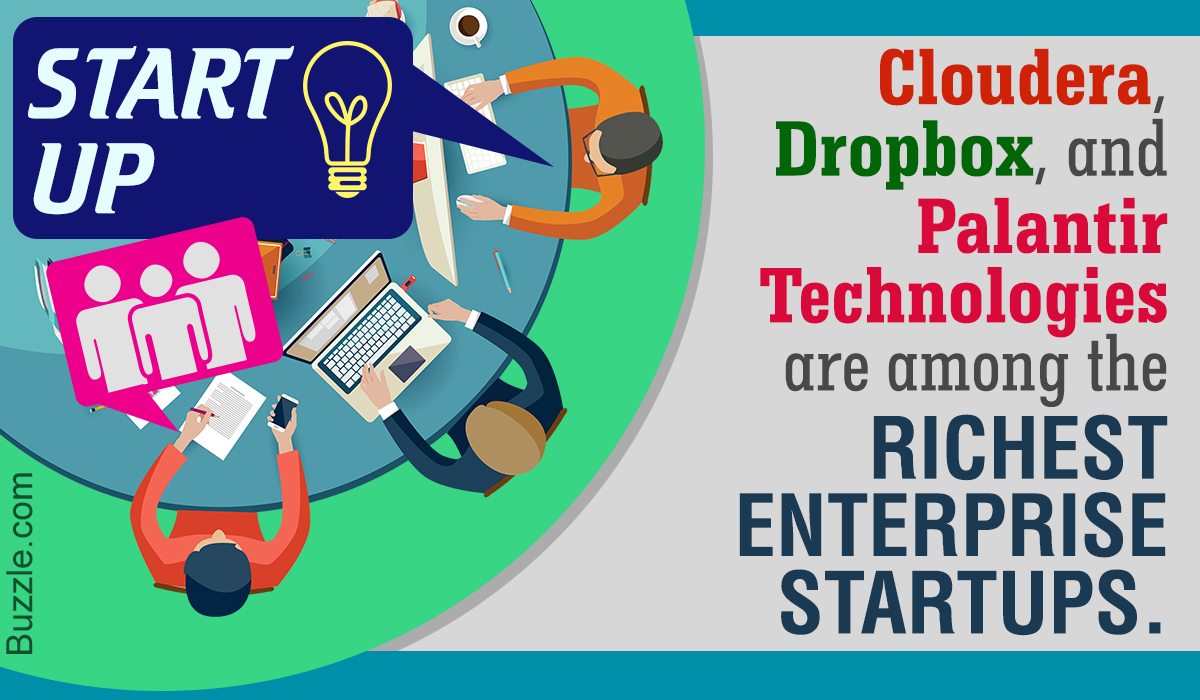 Every company, big or small, has sprung up from what once had been a startup. While many continue to remain fairly small, many others grow to become some of the richest companies in the world. This BusinessZeal post enlists the top 20 richest enterprise startups.

In 2014, Ctera, Fiverr, LiveU, and Ravello Systems were some of the richest Israeli companies with headquarters in the U.S.

There is a great deal of difference in the way huge conglomerates and startups function. Starting a business is no mean feat, it requires a vision and goals, decisions, and actions. Enterprise startups are aimed at improving enterprise technology, they include hardware equipment and software technology.

They are the pioneers of new generation software products, and assist companies in online marketing services, security, and data storage. Here, we have listed down some of the wealthiest enterprise startups in the world.

It was founded by Christophe Bisciglia, and is one of the most successful startups of 2015. Located in the Bay Area of California, it has a total funding of USD 1.2 billion. It specializes in the manufacture of the Apache Hadoop-based software and business training.

Dropbox is the name of the service developed by Dropbox Inc. It provides cloud computing software, file synchronization services, and client software for Microsoft Windows, Linux, Android, Blackberry, iOS, Mac OS X, etc. It is located in San Francisco, California, and has a funding of USD 1.1 billion.

Palantir Technologies has a number of founders, and the company specializes in data analysis services. It is an American software company and is located in California. It has a funding of USD 950 million.

Headquartered in Mountain View, California, Pure Storage was founded in the year 2009 and specializes in enterprise storage. It has a funding of USD 534.9 million.

It was founded by Patrick Grady, and is headquartered in San Francisco, California. The company specializes in e-commerce, trading, content, productivity software, etc. It has a total funding of USD 516.9 million, as of 2015.

It specializes in enterprise storage systems, hardware platforms and products. It was founded by 4 Indians and is headquartered at San Jose, California. It has a total funding of USD 312.2 million.

It was developed by MongoDB Inc. and is cross-platform database. It works on the principle of the traditional relational databases (table-based). As of 2014, it was ranked as the best NoSQL database system. It is located in New York City, New York, and has a total funding of USD 311.1 million.

It is a cloud-based online platform that specializes in online marketing, shopping, mobile payments, and more. It is founded by Michael A. Liberty, and is located in Austin, Texas. This company has a funding of USD 307.2 million.

It is located in Sunnyvale, California. It is one of the best services for businesses that use mobile platforms. Its forte is to provide secure mobile management services. It has a total funding of USD 291.3 million.

It was founded by Doron Kempel in 2009. It combines the functions of different devices into a single IT device. Headquartered in Boston, Massachusetts, this company has a total funding of USD 276.5 million.

The list presented above are cloud-based enterprise software startups. There are a myriad other categories that include many other startups with similar revenue, give or take a few. In 2014, some of the best-rated ones included Aptuss, Box, Birst, among many others.