What is the Difference Between a Non-profit and Not-for-profit Organization?

Home / Uncategorized / What is the Difference Between a Non-profit and Not-for-profit Organization? 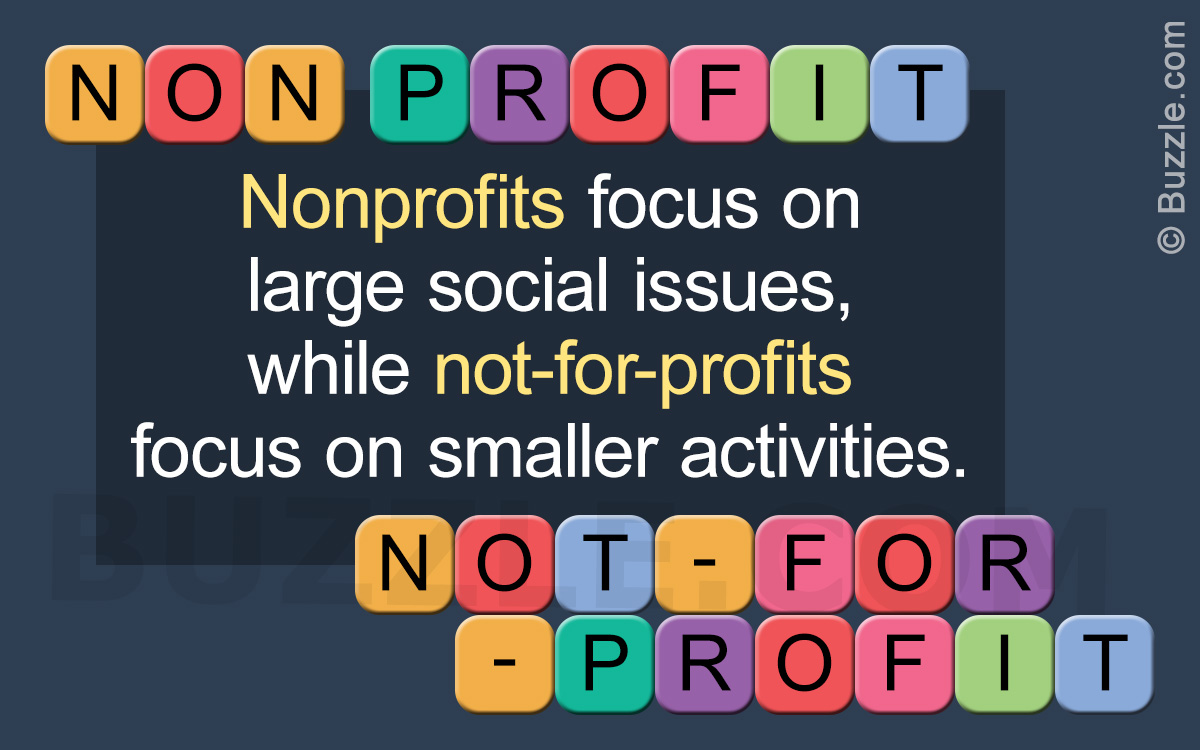 “The terms “nonprofit” or “not-for-profit” refer to organizations that have been chartered at the state level. Typically, this means they have filed some sort of formation document with the Secretary of State.”
― Dave Richmond, Founding partner and President, Richmond Brothers, Inc.

Most organizations produce revenues and use them for their own purposes. Nonprofit organizations (NPOs) and not-for-profit organizations are among those that work towards proper service and earning revenues; however, the revenue earned is not used for personal gain. One of the prime misconceptions people have is that nonprofits and not-for-profits are the same. Well, in essence, let’s say they are almost the same, yet there are certain subtle changes between the two. The latter is often referred to as a subset of the former in many countries. The nonprofit vs. not-for-profit comparison is enlisted in the subsequent paragraphs.

The legal differences between nonprofit and not-for-profit organizations account for a major distinguishable point. A couple of other differences are provided in the table below.

Nonprofits and not-for-profits do have slight differences, but taking the larger picture into consideration, it can be stated that they both are devoted to humanitarian service and wellness of the society. The differences may or may not matter. As responsible citizens, it is of primary concern that we contribute to such organizations as well, to help improve the society, and at large, the world in which we live.