Concept of Mass Production and its Advantages and Disadvantages

Mass production means producing items in large amounts. This Buzzle article will help you understand the concept of mass production and its advantages and disadvantages.

Home / Uncategorized / Concept of Mass Production and its Advantages and Disadvantages 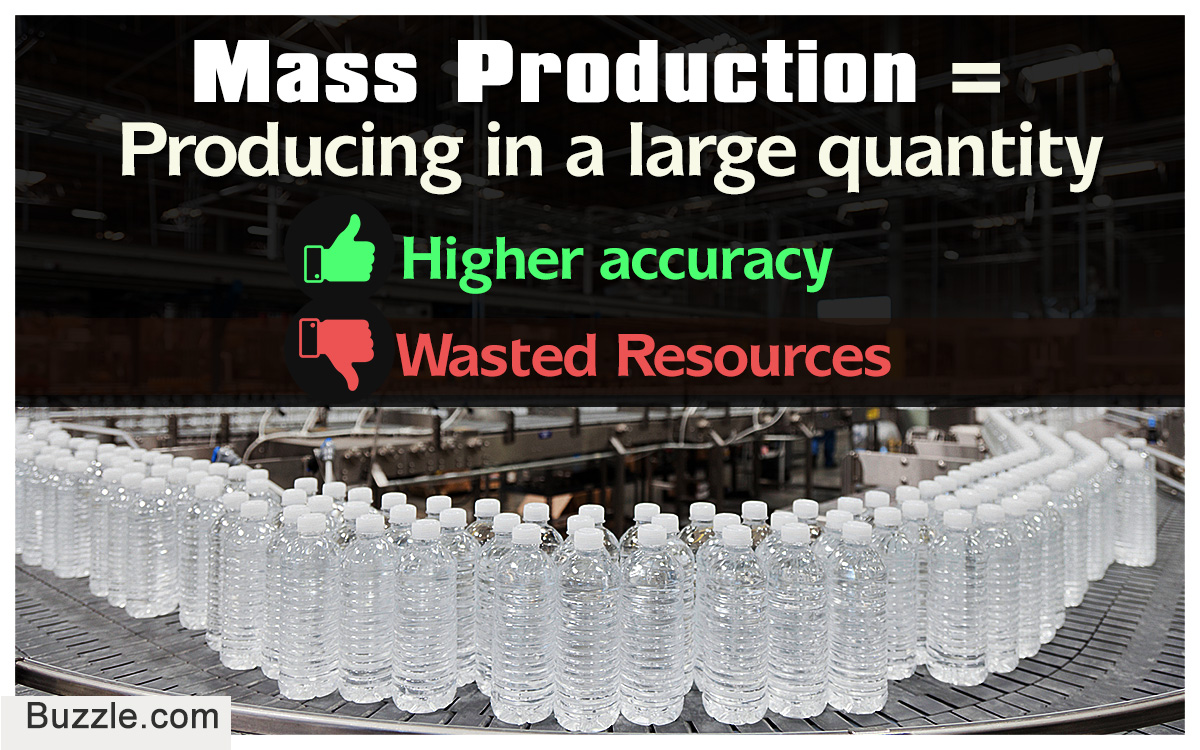 Mass production means producing items in large amounts. This Buzzle article will help you understand the concept of mass production and its advantages and disadvantages.

Did You Know?
The UNIVAC was the first commercial computer to have a mass production, 46 systems were built in total. This is particularly significant, considering that UNIVAC was as huge as a room, consisting of 18,000 crystal diodes and 5,200 vacuum tubes, weighing around 17,000 pounds.

Mass production involves producing goods in a large quantity. This strategy is undertaken in big companies under various circumstances. In the industrial usage, this term is called flow production. Though it is targeted at an individual low cost, it does not necessarily mean low quality. To obtain an overall profit, it is essential that all the products are consumed. The paragraphs below focus on the advantages and disadvantages of mass production.

Mass production, like other production strategies, needs a great deal of thought. It is always characterized by introducing some type of mechanization in order to retain quality and achieve a high success rate. It is up to the manufacturers to use the advantages to the best of their ability and combat the disadvantages using effective means.