Keynesian and Hayek economics are theories proposed by two stalwart economists of the 20th century. In this Buzzle article, you will come across a Keynesian vs. Hayek economics comparison chart, which will highlight the difference between the two schools of thought. 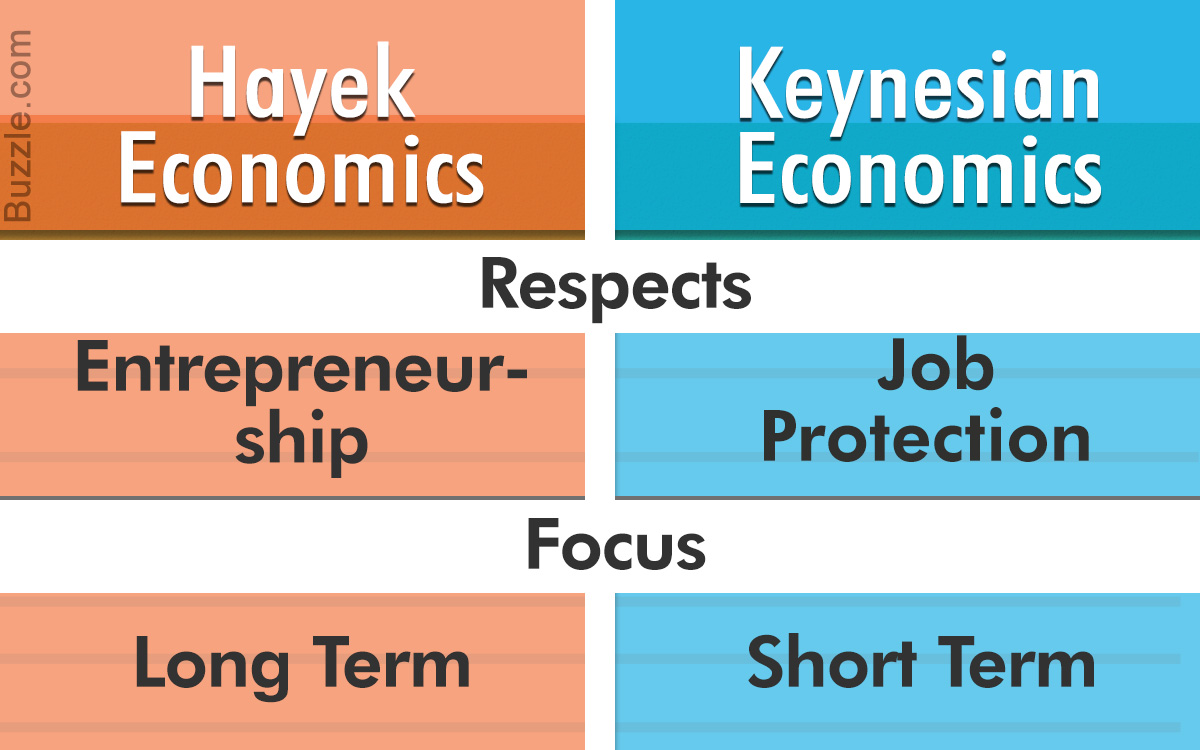 Keynesian and Hayek economics are theories proposed by two stalwart economists of the 20th century. In this Buzzle article, you will come across a Keynesian vs. Hayek economics comparison chart, which will highlight the difference between the two schools of thought.

“Keynes Hayek: The Clash that Defined Modern Economics  is a commendable effort to bring economic thought to the attention of the general reading public.”

A good economic model is essential for the development of an organization, a firm, a company, and most importantly, a country. It is important to follow the right theories and make correct decisions at crucial times. In the last century, two highly talented economists proposed their own theories to be followed in the need of the hour. During the Great Depression, while the world was in dire need of pulling itself together, British economist John Maynard Keynes introduced the view that during the short term, the total expenditure influences the economic output, and total spending need not necessarily be a contributing factor to how productive the economy is.

While Friedrich August Hayek, an Austrian (later British) economist, emphasized on the importance of free-market capitalism and believed in long-term planning. This article will elaborate on the comparison of Keynesian vs. Hayek economics.

Economists have now started to accept some corollaries of both these theories. The question for most of us is not which theory is right or wrong, but which one must be followed to ensure maximum benefit for the firm, the people, and the country.