Famous Entrepreneur Failure Quotes (and What You Can Learn from Them)

You already know not all entrepreneurs achieve their goals. There are many reasons this can happen. However, it’s often the case that budding entrepreneurs simply make the mistake of assuming that early failures are proof they can never succeed in business.

That’s certainly not the case. It’s actually very common for successful business owners to fail in their early ventures. The following entrepreneur quotes about failure proof it.

“The only real mistake is the one from which we learn nothing.”

No one would ever accuse Henry Ford of being a failure. His name remains synonymous with success in American business. However, like so many other successful entrepreneurs, success didn’t come overnight.

Ford absolutely failed at times. What separated him from those who never achieved success is a simple principle: he was willing to learn from his failures and make adjustments accordingly.

“Sometimes when you innovate, you make mistakes. It is best to admit them quickly, and get on with improving your other innovations.”

Mistakes happen. You can waste your time pretending failure is such a devastating experience that you can’t admit you’ve failed, or you can optimize your time and resources by accepting your failure and moving on with new wisdom.

“I don’t believe in failure. It’s not failure if you enjoyed the process.”

It’s important for all entrepreneurs to remember that different people have different definitions of failure. Your definition needs to be tied to your specific and authentic goals.

Maybe you tried to build a business that ended up not succeeding. However, if you learned from the process, and you truly enjoyed the experience, can you really consider that to be a failure?

“For every failure, there’s an alternative course of action. You just have to find it. When you come to a roadblock, take a detour.”

It’s interesting to observe how many would-be entrepreneurs ignore basic logic when they have their first major brushes with failure. Somehow, they convince themselves that there is only one path they might take to success. If that path doesn’t lead them to their goals, they imagine no other path will.

That of course doesn’t need to be the case. There will always be many ways to attain success. When one strategy doesn’t work, the simplest and most logical solution is to try another one.

“I’ve come to believe that all my past failures and frustrations were actually laying the foundation for the understandings that have created the new level of living I enjoy now.”

Learning from failure is important. However, as this quote from successful self-development specialist and entrepreneur Tony Robbins reminds us, to truly leverage failure to our advantage, it may be even more important to feel a certain degree of gratitude for what failures can teach us.

You’ll notice a trend if you research quotes from famous entrepreneurs about failure: there are plenty. That’s because the world’s most successful people usually fail at certain points. They also acknowledge it. That means, if you’ve failed, you’re in good company.

When to Give Up on a Business Partnership

5 Essential Tips for Running a Business from Home 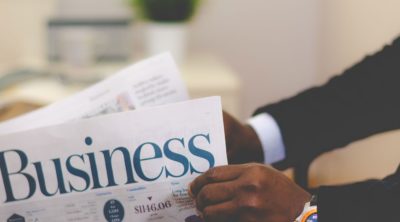 5 Myths About Running a Business You Need to Know

Famous Entrepreneur Failure Quotes (and What You Can Learn from Them)

When to Give Up on a Business Partnership

5 Essential Tips for Running a Business from Home

5 Myths About Running a Business You Need to Know

Any cookies that may not be particularly necessary for the website to function and is used specifically to collect user personal data via analytics, ads, other embedded contents are termed as non-necessary cookies. It is mandatory to procure user consent prior to running these cookies on your website.